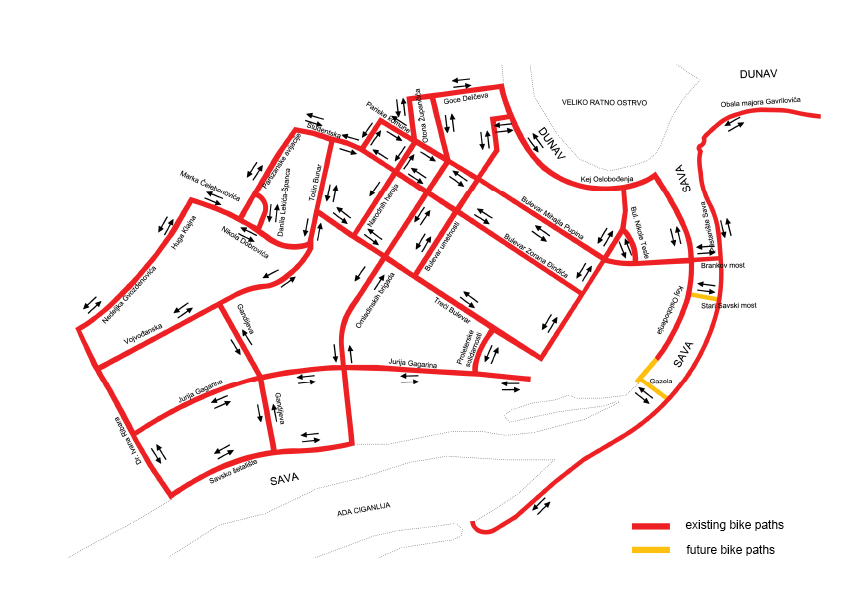 As a mode of transport, cycling is potential that Belgrade should use. In order to involve cyclists in traffic network it is relevant to achieve elementary link between the coast. Bridge extensions should create new connection between old and new part of Belgrade. Interventions are tailored to cyclists easiest movement, but are not exclusive just for them. Shaping the movements in bridge extensions and adding the new and interesting program which follows the movement, will create balance between cyclists and pedestrians.

Old Sava’s Bridge – Extension in the form of observation deck towards river confluence, expansion of pedestrian path on the opposite side