Program for Serbian Cultural Centre in Vienna is based upon one of the references of Serbia and the in-between term. It is an attempt to provoke the relax state in people, through actions and fluid space characteristics. As in-between applies ambiguous conditions, creating two differently relaxing states using water and air as theme elements emerged spa center and flying simulating center as the events. Also the building contents vast space in the middle as the place of intersection and influences from both sides – it is the non-defined space, it is the in-between space.

Spatial concept of structure elements is organized as double volume form, one exposed and another hidden inside, but attempting to crack the exterior one and to emerge. Concept of spatial structure is based on idea to create in-between experience// ambient, not the in-between architecture. That is why the program structure and the selection of activity had not crucial effect. Anything can be in the state of in-between. Amorphous form is considered more suitable for shaping the final structure, taking in a count selected program and the draft links between spaces.

Regarding the fact that the future object is located in the environment with thick traffic (metro lines, trams, motor-vehicles ect.) and other strong outside factors (surrounding structure) it was logical that the transformation of structure will occur. One of it’s elements, the exterior, strict and firm becomes, in abstract sense, solid ground and the other strongly brakes through so that it becomes more noticeable and fluid, finally it forms the whole structure itself. Although it’s the amorphous form, liquid and multivalent in flows, building is strongly controlled in every aspect.

The structure is constructed in a way as bipolar, beginning with one more strict area that loosens and transforms in more fluid one, forming the void between two different ends. The void has the character of in-between space, so that surrounding constructive surfaces now have to satisfy two purposes linked over the void, sensitive, perceptional space. Place of dual influences, at one end steaming water element and at another hovering air, tries to impact strongly on passenger so that he/she disorients in this intermediate space. Materialization of structure is half loosened silicate membrane with prints. 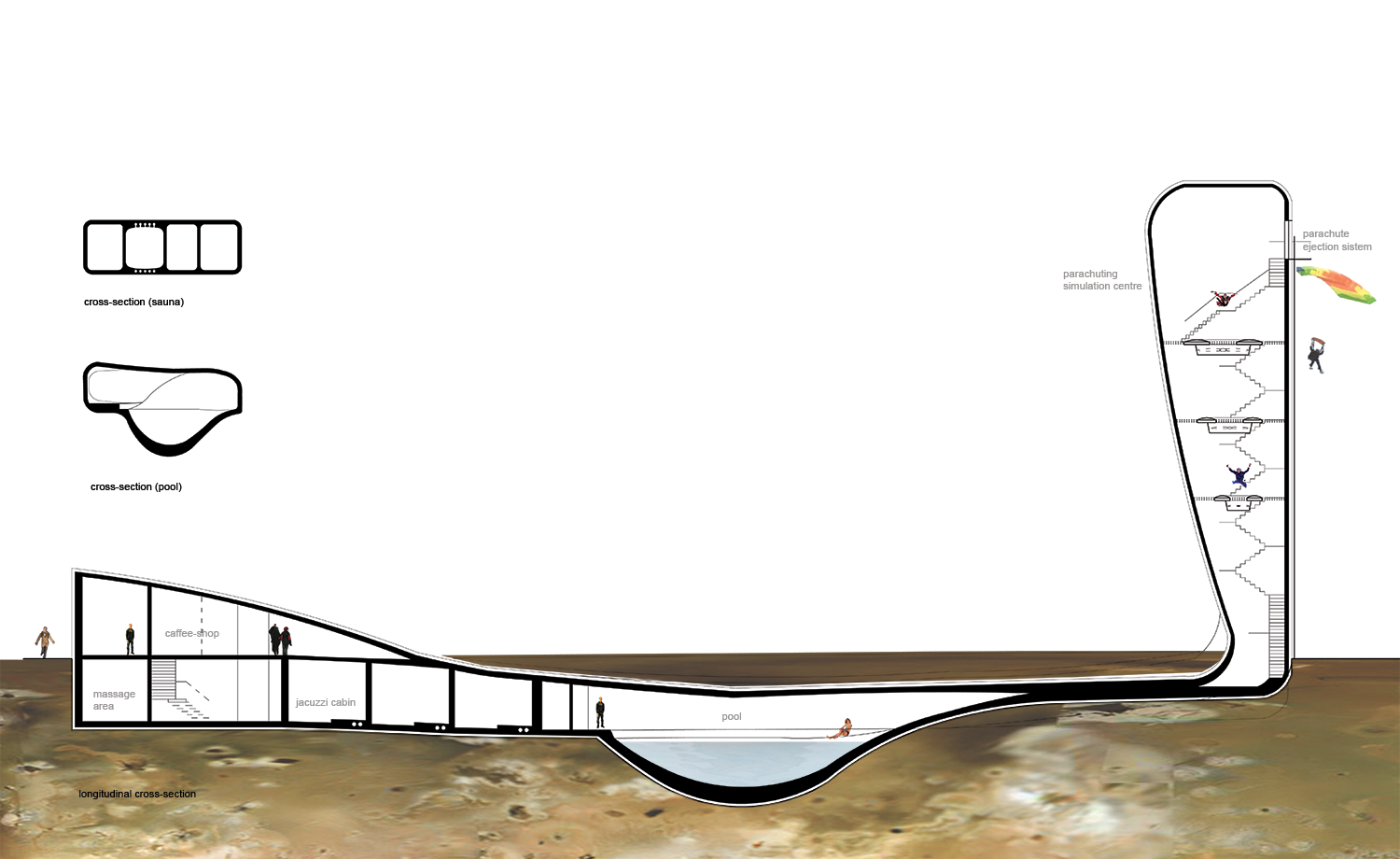 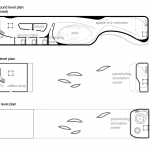 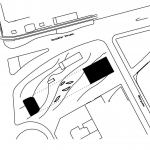 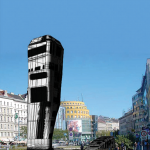 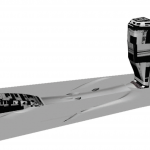